A Brief History of My Crushes 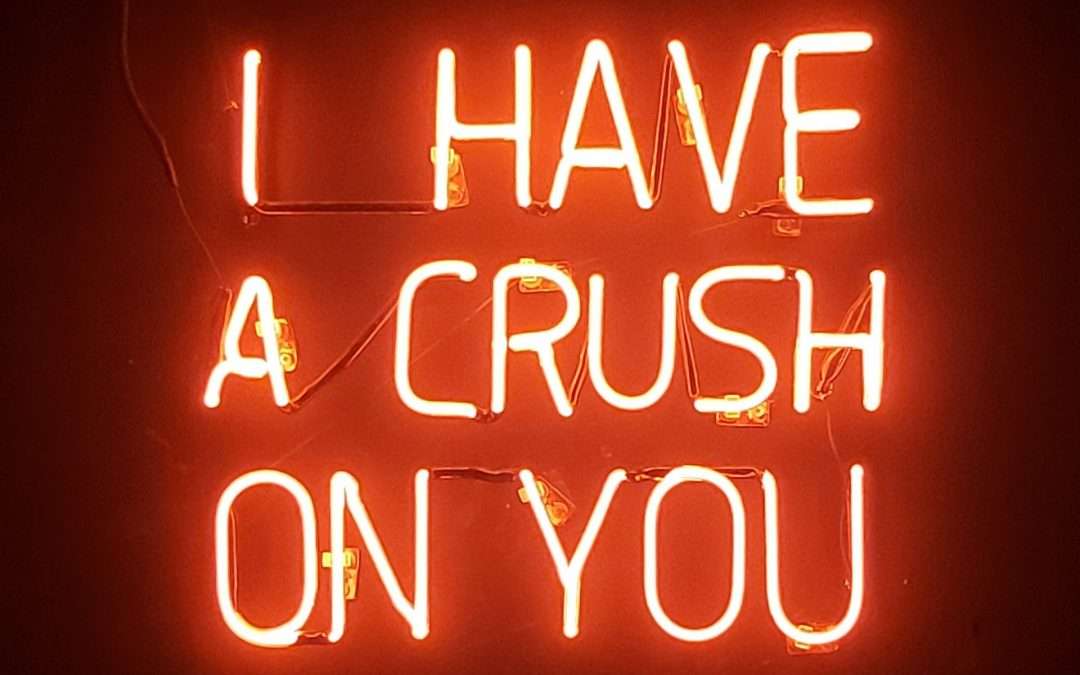 My first crush ever was my best friend’s brother. This was in southern Chile. His parents were farmers whose parents hailed from Germany. We–my friend, my crush, my brother, and I–played in the hay bales in their barn.

My next noteworthy crush was a visiting preacher’s son. He was Argentine and I don’t think he had any idea I existed. I spent a whole week at family camp ever so surreptitiously watching him. One day my mom said, “You think that Ruben is quite something, don’t you?” I was mortified.

After Ruben there was a Canadian boy. His parents–like mine–were also missionaries in Chile. And he, like I, was at boarding school for missionaries’ children in Quito, Ecuador. One day my crushes’ parents sent for him and his brother to come home. Distance–3,500 miles or so–increased my crushing by about tenfold.

What followed were several years when the ground was fallow, so to speak. Hard years, dark years, alone-in-every-way years. But after that came Victor. He was African American. We met waiting for the express bus in front of the Boston Public Library in Copley Square. He made me laugh. He also ended up getting more than kisses. Way more. And it was about time, shall we say.

Then there was Arun. Ar was Indian and his parents were Sikh and he let me fall in love without telling me he was planning on going off to grad school either in Texas or in Chicago at the end of summer. Which he did. And that was, eventually, that.

Then I was with a(nother) Canadian, but this one’s parents were Swiss, and not missionaries. He quickly became family to me in ways I didn’t even know it possible to feel like someone was family. About time! We parted ways romantically after many years, but he remains a dear friend and still, family in many ways. Also, he introduced me to Leonard Cohen, my oldest then-living crush. (R.I.P. Leonard Cohen). Leonard Cohen made me grateful for my upbringing for there is not a single Biblical allusion that gets by me in his songs.

Then I was with a tall and lanky German with whom I got to speak in the language of my earliest years and crushes, though he’d lived so long in the States he was more comfortable in English. Lanky German lived in a wee cottage on a lake. I think I fell in love that day we sat on the dock in the fog on his piano bench with a blanket wrapped around us.

Finally one day I married an American Southern boy, born and raised in Texas. He got me. And there’s nothing like feeling gotten, nothing. I am teaching him Spanish. He is a quick study. We like watching shows in Spanish. One day I said: “Te quiero mucho.” When he replied, “Te quiero mas mucho,” I did not correct him.

You have Successfully Subscribed!

This website uses cookies to improve your experience while you navigate through the website. Out of these, the cookies that are categorized as necessary are stored on your browser as they are essential for the working of basic functionalities of the website. We also use third-party cookies that help us analyze and understand how you use this website. These cookies will be stored in your browser only with your consent. You also have the option to opt-out of these cookies. But opting out of some of these cookies may affect your browsing experience.
Necessary Always Enabled
Necessary cookies are absolutely essential for the website to function properly. This category only includes cookies that ensures basic functionalities and security features of the website. These cookies do not store any personal information.
Non-necessary
Any cookies that may not be particularly necessary for the website to function and is used specifically to collect user personal data via analytics, ads, other embedded contents are termed as non-necessary cookies. It is mandatory to procure user consent prior to running these cookies on your website.
SAVE & ACCEPT